All Graduates Need is Money!

On May 14, 65 students from James Buchanan High School participated in the Senior Awards Ceremony. At the ceremony, students were given a numerous awards that had varying amounts of money. In total, there was an estimate of $200,000 in awards that were given out to students.

At the ceremony, 175 awards were offered from the school and local businesses in the area. There were a couple of awards that did not deal with money. Amber Clark (12) received the Violet Clark award in honor of her sister.

“…The person who gets that award is supposed to exemplify everything that Violet stood for and being like a younger sister, that was something that she put onto Amber,” said Olivia Harmon (12).

In order for students to receive these awards, there is a certain criteria that a student must meet to qualify for the award. Things like career path, where a person lives, and GPA all are considered when choosing winners.

“The first main criteria is to fill out the universal application,” said Mrs. Mary Cristofano (Faculty). “[…] We eliminate those who do not fit the criteria, and then we look at the student’s need and how they represent the purpose of the award.”

For some students, getting an award, especially the Glazier award, was something that students were most anxious about. This award gave 17 students $2,361 dollars each. 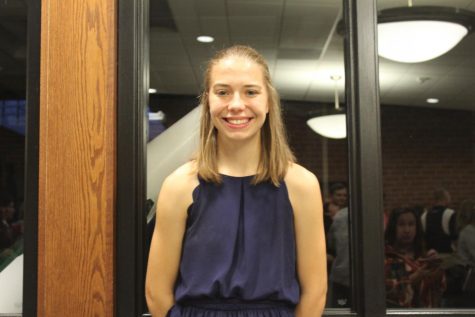 “Towards the end when they were giving out the Glazier award, I felt nervous because only the top 20 people get it…” said Emily Newman (12).

The amount of money that was given to students will help pay for tuition as well as other necessities for college. 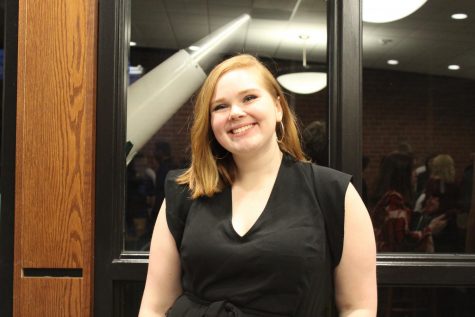 “I will be using my money for board and room because (F&M) gave me a full tuition college scholarship, and it will help pay for my books,” said Kelsi Parson (12).

Mr. Dickey ended the ceremony by acknowledging the students who came and received awards for their achievements throughout high school. With one last cheer, the proud parents of 65 students applaud for the Class of 2019.