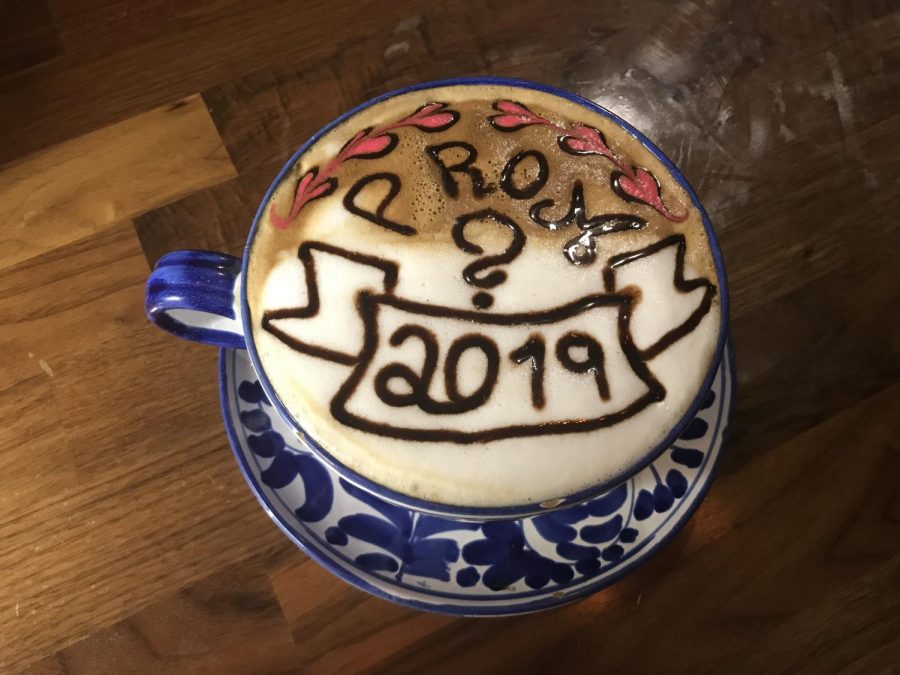 Roses Are Red, Violets Are Blue, I’d Like To Go To Prom With You

What do marriages and proms have in common? Proposals! Or rather, “promposals” for high school juniors and seniors.

Couples and friends use promposals to ask each other to prom. If you don’t have your prom date yet, here are a few tips from students that have already “promposed” to their dates.

“To plan my promposal, I just sort of talked to my friends,” said Dylan Poffenberger (11). “I asked them what they thought I should do.”

It doesn’t have to be just up to you. Use other friends as a resource to help come up with ideas. When brainstorming a way to ask his date to prom, Poffenberger and his friends came up with a promposal using the song “Please, Mr. Postman” by the Marvelettes.

“I used a satchel,” Poffenberger said, acting as the postman who brought a letter that asked his date to prom. “I had to borrow it from one of my friends.”

In addition to asking friends for ideas, it pays to ask friends to help with the promposal itself. Poffenberger borrowed a mail satchel from a friend, and Jackie Wagaman (12) got some help from the clarinet section when she asked Michael Newman (12) to prom.

“Michael hinted that we should go to prom together, but the elephant in the room was the promposal,” said Wagaman. “So, being the non-traditional lady that I am, I promposed to him, because I’m a giving person and I like planning things like that for my friends.”

Wagaman gifted Newman a bag of coffee in the promposal, as she knew that Newman liked to drink coffee. Poffenberger knew that his date, Allison Collings (12), also liked cuties oranges, so he got her a bag to go along with his promposal.

“Make sure that [your promposal] is cute and the person that you’re asking will like it,” Poffenberger said.

Making sure that your date will like their promposal is one of the most important parts, as well as making sure that it’s sincere. Poffenberger also advised having the promposal be something that’s special to the person that you’re asking. The promposal doesn’t have to be one that’s in the middle of the cafeteria during lunch, with balloons and posters. It can be simple and straightforward, as simple as just writing “prom?” on a cup of coffee.

“Sometimes, less is best,” Wagaman said. “Focus on the moment and the person.”

The basic tips of planning a promposal? Brainstorm with your friends; put your heads together because you’ll be bound to get an idea that works. Make sure that it’s special and memorable for the person you want to ask, and then it’ll be special for you as well. Prompose to them in a way that they’ll appreciate. You don’t want to embarrass them by having a large, public promposal planned if they’d rather have something small and quiet. Finally, don’t stress if it doesn’t turn out perfect; it’s the little quirks and flaws that make moments memorable.