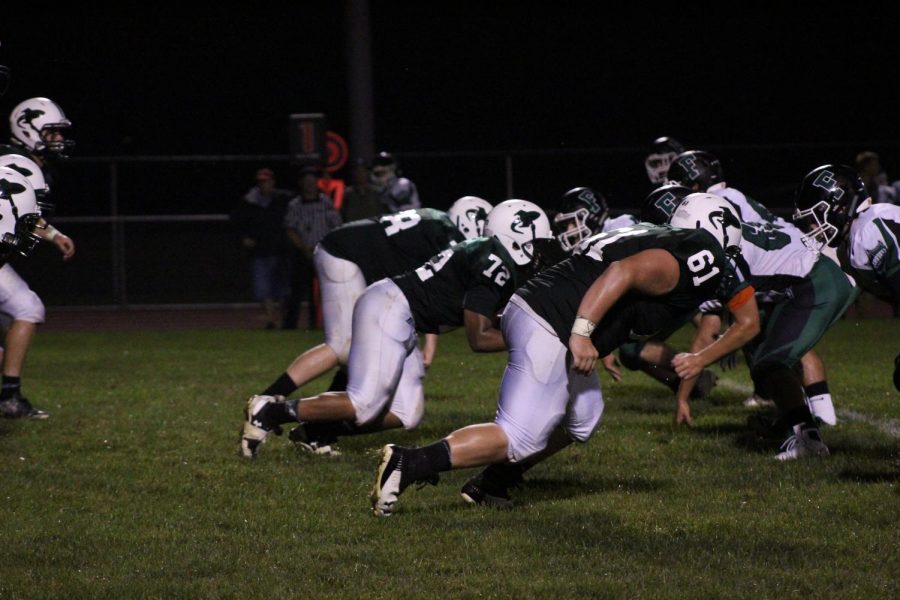 Tackling Their Way To Victory

You are in the student section at a James Buchanan High School home football game. You look away from the intense game for a second and notice the masses of people around you start to frantically cheer, punch the air, and hold up their signs. Looking down at the end zone, you realize that one of our players has just scored the winning touchdown. The James Buchanan football team has been making progressive changes this season.

In practices, intensity and drive have been stressed to the players. The coaches are looking for more aggression in the team and want the football program to be progressively moving further by continuing to take home the victories.

“If we bring the same type of effort and intensity that we brought to that goal line stand, I think that that we are capable of winning or being in every game here on out, ” said Coach Miller.

These enforcements in practices have ensured the improvement of the players. This has been exemplified in Sebastian Wise (11), getting his 1000 yards passing and Cormac Houpt (12) achieving his 1000 yards rushing and setting the school record for rushing.

Although succeeding as individuals is important, benefiting as a team can be more vital.

“The team went first, so I was more worried about getting wins than my goal,” said Houpt.

Overall, the main goal of the players and coaches is for the team to do their best and give as much effort as possible. While doing these things, they also plan to win more and more games.

“… To come out and play as hard as we possibly can…and just come out and give 100% effort and execute the way we know how to, ” said Coach Miller about how he plans to accomplish this.

On Friday, Oct. 26, the Rocket football team played their last home game against Brunswick High School. The Rockets were defeated by the Railroaders with a score of 41-17.

Prior to the game, the senior members of Band, Color Guard, Cross Country, Cheerleading and Football were escorted across the track by their relatives for Senior Night.

The Rocket Football team made strides this season under direction of new head coach, and they hope to continue this growth next year.