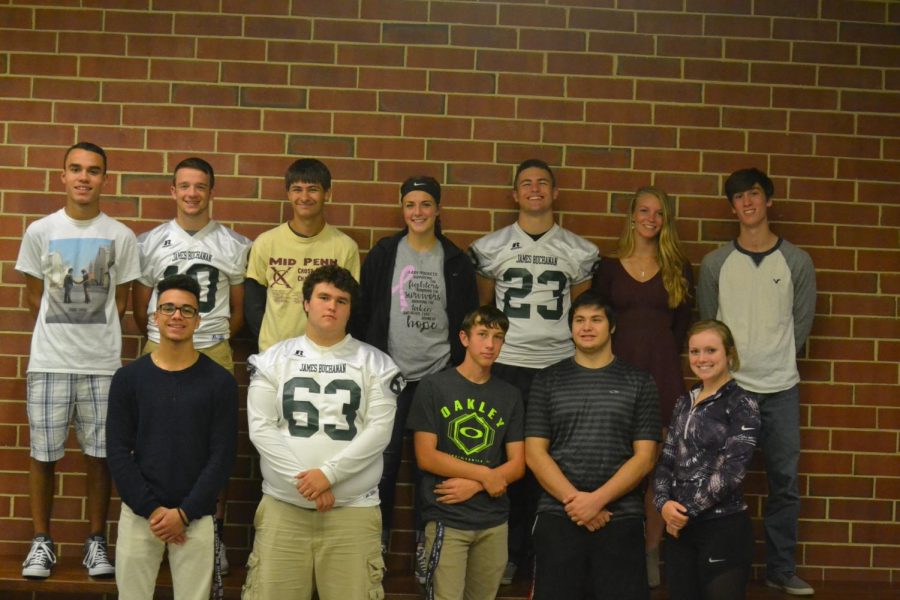 Every exciting game and intense match. Every great play, shot, or run. Every impressive student athlete. All of these are important to the supporters of our school’s sports in the local community.

Sport and Entertainment Marketing is advised by Mr. Kevin Gustafson (Faculty). The creation of this class stemmed from Gustafson’s passion for sports, along with his experience of coaching for 27 years. He wants his students to learn how to promote sports, and how to promote entertainment activities.

“I thought that there would be a big interest in the sports side of it, and entertainment as well,” said Gustafson.

“My junior year I did recordings for games and wrote articles,” said Clay Sanders (12) but this year I am doing a show with Carlos Rauch.”

Sanders and Rauch are the anchors for Sports and Entertainment Marketing. Other students in the same class help with the show that SEM posts on their Youtube channel. This class is also in charge of all forms of social media.

“We’re more of a whole team, ” says Gustafson. “Clay and Carlos are the anchors, but we all pitch in for the rest.”

The class’ Twitter, @jbhs_sports, frequently Tweets scores, congratulations to individual players, and about plays via live Tweets and after the games. They even tweet before the games, wishing teams the best of luck, and try to get people to attend the games to cheer them on.

The first year class focuses on writing articles in The Mercersburg Journal and they recently started covering home games. Also, the class uses a program that simulates sports marketing in the real world. In the simulation, students do things like get sponsorships, set ticket prices for games, and even hire employees for your imaginary stadium.

“My favorite part about this class is always being involved in sports,” Sanders said. “I’m always learning new stuff.”

SEM is working on getting better equipment and more broadcasts in order to make what they do eye-catching to their audience and draw in more viewers. The class of Sports & Entertainment Marketing has bigger plans and improvements in its near future.

Sanders said, “We’re getting new stuff that way we are kind of taken more serious”.

Last year the students presented to the administration in order to get new equipment. New TV’s, a boom microphone, four cameras, a new projector, and two new desktop computers were all a successful outcome of the students’ presentation.

Gustafson plans to bring back broadcasts that students did last year which include play-by-play of games. These broadcasts are posted on the class’ Youtube channel.

Sanders and Gustafson both agreed that the class is a great preparation for a career for professional sports announcers, reporters, or anything sports-related.

SEM isn’t just about sports. It’s about the group of students that work together to make sure that the community comes together and is involved as much as possible when it comes to all things sports related.