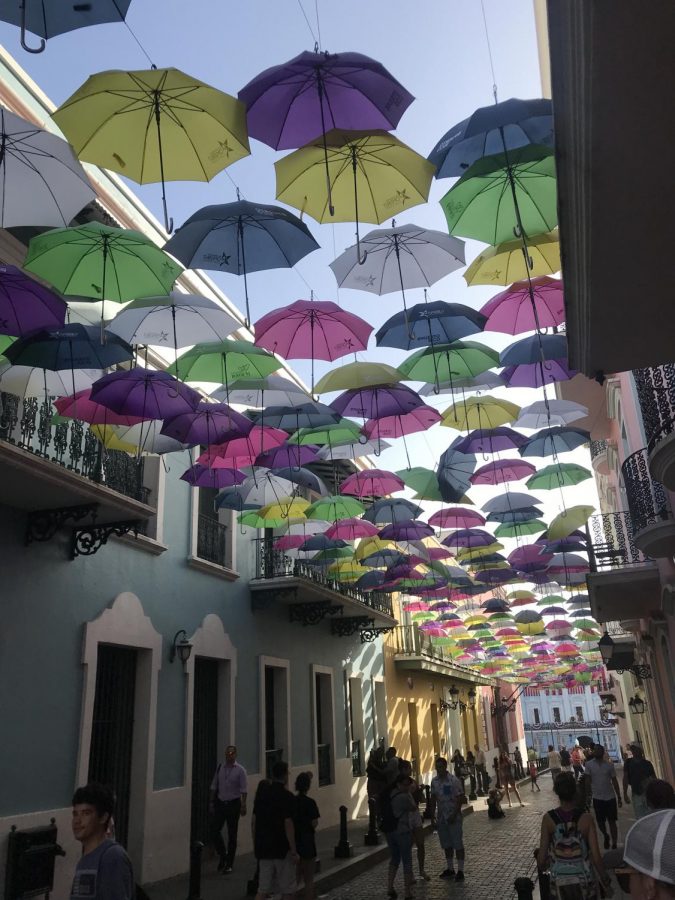 After two years of planning, a group of 16 students were ready to begin their six-day journey in Puerto Rico that included snorkeling, hiking, ziplining, touring the capitol, kayaking in a bioluminescent bay, and eating lots of beans.

This was the first trip Ms. Danielle Simchick (Faculty) organized and planned on her own with her students. Ms. Danielle Fox (Faculty) and Mrs. Marie Donahoe (Faculty) accompanied her. Sign-ups began in the Fall of 2017, where 16 students decided to participate in this experience. With two years of planning and fundraising, June 18, 2019 was the day the group of students and faculty would start their travels after saying goodbye to their families and boarding a bus to BWI.

“It was a little nerve-racking at first, but then after the first day everybody got really comfortable,” said Simchick.

After the group made it to the airport, they made their way to the plane for the four-hour flight straight to San Juan, Puerto Rico.

“The flight was really fun,” said Colby Starr. “It was some of our first time on a plane together.”

After landing, they were picked up by their tour guide on a bus after claiming all their baggage. The students started to experience the hot and humid weather of Puerto Rico, so they stopped at a local beach near the airport and enjoyed a couple of hours in the water before heading to the hotel.

The first full day of Puerto Rico was mostly all on foot. The first stop of the day was zip

lining and hiking. The rest of the day consisted of the students touring San Juan with a tour guide.

Three more groups accompanied JB on this trip: groups from Kansas, Virgina, and Wisconsin, which made a full bus. Between sightseeing and other activities, the students spent a lot of time getting to know the other groups.

“My favorite part about the trip was snorkeling,” said Starr (11).

The next day was dedicated to riding a boat out to a small island off the coast of Puerto Rico. Students spent their time swimming, paddleboarding, and eating lots of food. After some time, a tour guide took all the students out farther in the ocean to snorkel. Most students said was their favorite part was seeing the sea turtles, stingrays, and puffer fish.

After all the water and hiking days, the rest of the trip was spent touring Puerto Rico in San Juan and Ponce. The last day was traveling to Ponce and staying in a new hotel for the night.

“This experience taught the students how to travel, how to navigate through an airport, how to be on time, how to pack, how to speak and practice Spanish, and most importantly how to be flexible and go with the flow,” said Simchick.

Even though there was a set schedule, the students learned how to be open to things changing, as well.

Once the time came on the sixth day, everyone got up and did a little more touring before getting on the bus to head home. Their flight home was a layover, so their first stop was in Orlando for a couple hours before they would make it to BWI. By that time, the students were anxious to be back home and in Mercersburg.

Late that night after making it to the airport and onto the bus home, the students arrived in the middle of the night with welcoming friends and families waiting upon their arrival.

With lots of pictures and new friendships, the students will always remember this experience and all hope to do it again with Simchick next year.