The Effect of Social Media Use on Teens 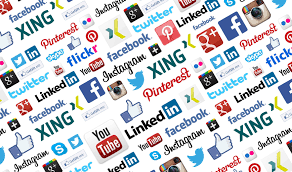 Social media allows us to share ideas and creations with others, network, and be able to show expressions of our personality. With the current popular platforms teens have been using, they are able to form new relationships with others, share pictures that they took, and update people on their lives. While in theory social media is great place to partake in all of these activities, teens that are active on these sites can be at a greater risk for anxiety and depression.

The number of hours of screen time you are active on social media can affect your mental health.

An article posted in Clinical Psychological Science took a nationally represented survey of children in grades 8 to 12 and national suicide statistics from ages 13 to 18, and they found that children who are more active on social media were more likely to report their mental health concerns.

The number of social media sites you are on can also set you at a greater risk.

When scrolling through social media, it causes teens to see “perfect” images that others post, causing them the pressure of wanting and feeling like they have to be like them. They feel pressure to have perfect photos and well-written posts like the posts they see, which can cause a great deal of anxiety. Girls are mainly susceptible to this due to them wanting to compare themselves to others to develop their identities.

A survey conducted in the UK in the Royal Society for Public Health asked kids ages 14-24 how social media platforms affected their mental health. The study concluded that social media platforms such as Snapchat, Facebook, and Instagram all led to increased feelings of depression, poor body image, and loneliness.

Whenever kids make friendships over social media, they can become too emotionally invested in them, and never get a chance to recollect themselves. Without a break you can get emotionally depleted, causing anxiety to appear more easily.

“Whatever we think of the ‘relationships’ maintained and in some cases initiated on social media, kids never get a break from them,” says Dr. Wick in the article How Using Social Media Affects Teenagers by Rachel Ehmke. Dr. Wick continues to say, “These days he might just disappear from your screen, and you never get to have the ‘What did I do?’ conversation.”

Due to being ignored, the “what did I do thought” will remain in their head, causing anxiety. This can lead to them thinking the worst about themselves which puts them at a greater risk for depression.

Another study conducted in the UK published in the Journal of Youth Studies took 900 kids around 12-15 years old and surveyed them about their social media use. What they found was that one-fifth of the teens said they “almost always” wake up during the night and log in to social media. Kids need more sleep than adults, and with them waking up in the middle of the night to check their social media causes them to not get the sleep they need. This can be detrimental to their health, mentally and physically. The lack of sleep can make them more irritable, as well as lower their immune system causing them to be more susceptible to illness.

The human brain develops so much during the teenage years, and if you are constantly on social media, it can impact that growth. Being on these sites often can cause poor communication skills, lower your self esteem, and in the end, raise your stakes for being at risk for mental health concerns.

“Offline, the gold standard advice for helping kids build healthy self-esteem is to get them involved in something that they’re interested in,” says Sherri Gordon in the article, 5 Ways Social Media Affects Teen Mental Health.

If you get yourself involved in something you are interested in, it will boost your self esteem.

Sherri Gordon then continues to state, “When kids learn to feel good about what they can do instead of how they look and what they own, they’re happier and better prepared for success in real life.” This will help reduce their risk of feelings of anxiety and depression.